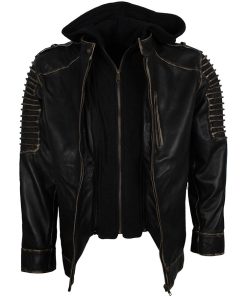 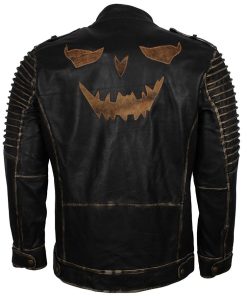 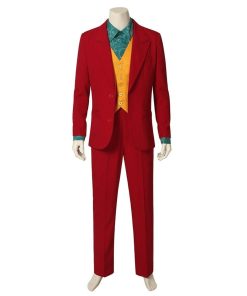 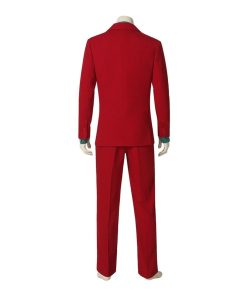 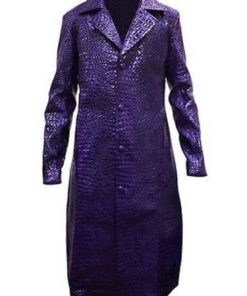 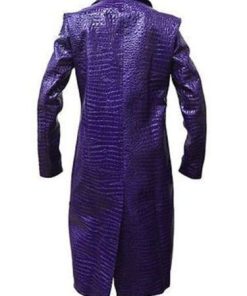 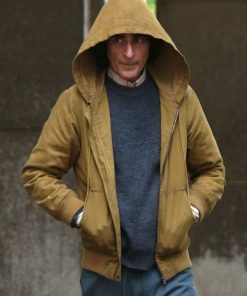 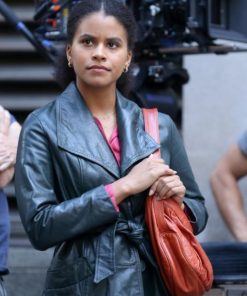 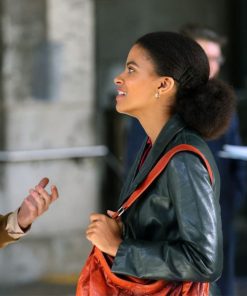 Joker just came up with its revival recently and has been the sensational social media trend during the peak hours. Joker sounds disturbing as he perceives everything to be disturbing around him. He is claimed to be a psychopath during existing controversies by the experts. We tend not to jump into it but surely this psychological thriller film has won several hearts.

Arthur Fleck is a clown who wants to be a stand-up comedian. He suffers from mental health problems, one of which is uncontrollable laughter. Times are harsh, and Arthur has it considerably worse than most because of his issues and employment. Over time, these difficulties weigh on him, molding his actions and leading him to adopt the character he is more known for…Joker.

Joker Outfit engages a whole bunch of apparel, all in purple. This includes a jacket with a stitched shirt, tie, vest, striped pants, and a mask. You probably were not able to dress this up last year on Halloween, so here you go for another chance. Made up of 100% polyester and comes with an elastic waistband to give your pants a better grip on your waist.

Hold on, check out the trending Joker Collection at reasonable rates. You won't get disappointed at all.

We have a lot of various fascinating styles, textures, and design bomber and leather jackets that can be worn at all festivals, occasions, and events. Coming up next are the latest Joker Costumes collections in our franchise.

The  Joker jackets were lovingly made by our creative teams. We guarantee the jackets' quality. We want to give a high-quality product at a low price. To find intriguing clothing, head to the Tv Series category. We have a larger choice of men's clothing, such as Biker Jackets, Men's Cotton Bomber Jackets, and Men's Denim Jackets, as well as Peaky Blinders Costumes, Chicago PD Merchandise, and Black Mafia Family Outfits. Must be Try it.

What kind of mental ailment does the Joker suffer from?

Dissociative Identity Disorder (also known as Multiple Personality Disorder) is frequently mentioned, however, the Joker has rarely displayed other identities, such as Harvey Dent and Two-split. Face's Witzelsucht is a medical condition that perfectly reflects the Joker's symptoms.

What is the central theme of the Joker film?

This film tells the genesis tale of the Joker persona, who goes on to threaten Gotham and cause significant havoc for Batman. Arthur is a budding comedian who is suffering from an uncertain mental disorder for which he is seeking therapy. Arthur reaches a crossroads and embarks on a violent spree.

Is there a sequel to Joker?

Even though the sequel has been reported for quite some time, Warner Bros. has yet to confirm the project. According to Heroic Hollywood, a studio insider told them in January 2022 that Warner Bros. had received a draught of the Joker 2 script and was planning to start production in 2023.

Why does the Joker continue to laugh?

Phoenix's scary character says in the picture that shattered box office records over the weekend that he has a disorder that leads him to giggle uncontrollably. Pseudobulbar affect, or PBA is a neurological disease marked by uncontrollable laughing and/or sobbing fits.

Are Batman and the Joker siblings?

If a Joker movie is made, Batman and the Joker's possible friendship may be explored further. In the larger DC Universe, however, Batman and Joker are not and have never been brothers. (Photo credit: Warner Bros.)

What is Joker's actual name?

The Joker (Jack Napier) is a fictional character who originally appears in Tim Burton's superhero film Batman in 1989.

Is The Joker a depressing film?

Director Todd Phillips' Joker is a tragic, brutally gory, politically motivated, distasteful masterwork that has been in the crosshairs of the media for its harsh violence. If you're expecting anything like a Joker you've seen before, prepare yourselves — and don't bring the kids.