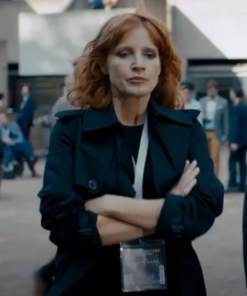 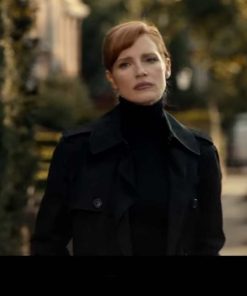 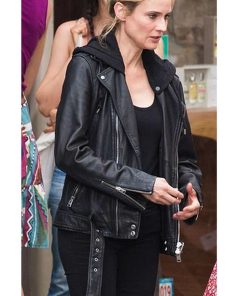 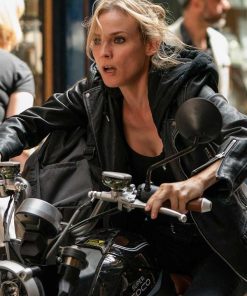 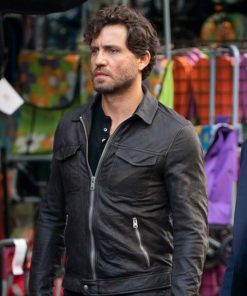 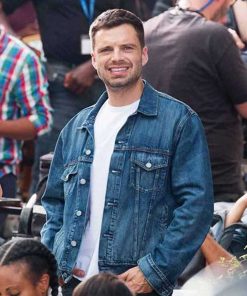 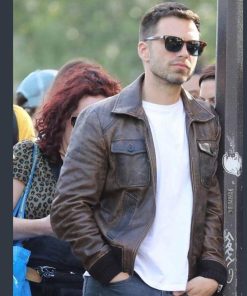 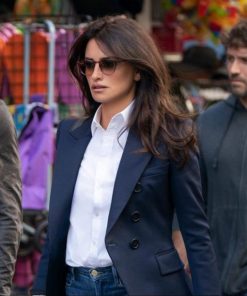 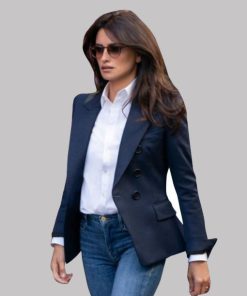 ALLOW US TO STREAM! We all enjoy watching popular television series. Some people like Netflix, while others prefer other streaming services. Whatever your streaming TV series preferences are. Jacketars strives to ensure that you prefer our site for the greatest TV Series Outfits Collection. As we bring you the Best Outfits from your favorite television shows.

Those of us who enjoy watching TV shows online. They are familiar with and like the Golden Age of television series. This era is known for producing some of the most amazing TV shows, including shows with fantastic TV Series Costumes. But don't worry if you're scared or jittery because we've got all the renowned clothes from your favorite TV shows. Outfits from THE 355 JACKETS COLLECTIONS and more may be found. So choose immediately!

THE 355 stories and cast

Simon Kinberg directed The 355 in 2022, based on a script by Theresa Rebeck and Kinberg and a narrative by Rebeck. Jessica Chastain, Penélope Cruz, Fan Bingbing, Diane Kruger, and Lupita Nyong'o star in the film as a group of multinational spies tasked with stopping a terrorist organization from beginning World War III. Sebastian Stan and Édgar Ramrez also star. Agent 355, the codename of a female spy for the Patriots during the American Revolution, inspired the title.

When an upper weapon ends up in the hands of mercenaries, CIA wild card Mason “Mace” Brown will have to team up with rival badass German agent Marie, former MI6 ally and cutting-edge computer specialist Khadijah, and skilled Colombian psychologist Graciela on a lethal, breakneck mission to recover it, all while staying one step ahead of a mysterious woman, Lin Mi Sheng, who is tracking their every move. The quartet of women will build a tenuous loyalty that might defend the world—or get them killed—as the action flies throughout the globe from the cafes of Paris to the marketplaces of Morocco to the luxury and splendor of Shanghai.

Penélope Cruz The 355 Graciela Double-Breasted Blazer Coat is now available for modern women to wear over any color bottoms or jeans. It's the most incredible approach to boost your style because it's a celebrity-inspired blazer coat made of the highest quality cloth. It's the most sophisticated outerwear seen in the upcoming spy thriller The 355. The character of Graciela is played by Spanish actress Penélope Cruz. She has incredible flair, and the way she wore her jacket wowed the audience.

To make casual clothing more appealing and wonderful, attracting the attention of those around you. We give you this intriguing Lin Mi Sheng Black Cotton Jacket, which is worn by Lin Mi, the main character in the upcoming American spy film The 355. Lin Mi's character was played by Bingbing Fan. The Bingbing Fan The 355 Black Cotton Jacket on exhibit is made of high-quality cotton fabric.

What does the 355 represent?

Agent 355, the codename of a female spy for the Patriots during the American Revolution, inspired the title.

SKIP THE 355 because it doesn't even come close to fulfilling its potential. But if you don't want to spend $20, it could be a perfectly acceptable yes-sure-why-not watch.

Peacock and on-demand services like Amazon and Apple TV are now streaming “The 355”. A squad of multinational female spies gets together in search of a top-secret weapon in the film.

Is there an Amazon Prime version of The 355?

The 355 will not be available on Amazon Prime Video.

The bad news is that the action film will not be available on Amazon Prime Video. Not with your complimentary Prime membership, at least. This isn't always the case, though. Movies migrate from their initial streaming platform to another.

The MPAA has given the 355 a PG-13 rating due to extreme violence, brief strong language, and suggestive themes. People are shot and killed frequently, typically unarmed individuals in cruel killings.

Is 355 the next installment?

The 355 doesn't explicitly declare a sequel in the way that Marvel movies do with a post-credits sequence, but it does leave the story open for one.

Is The 355 a suitable film for children?

For brief strong language, suggestive material, and sequences of strong violence, the 355 Age Rating is PG-13.

According to popular lore, a woman spy known only as Agent 355 helped George Washington win the American Revolution, serving as a key member of the Manhattan-Long Island intelligence network later dubbed the Culper Spy Ring.