Skip to content
Get 15% Off on Order Above $150 Use Coupon Code: AUGUST15 (August Month Deals)
Filter 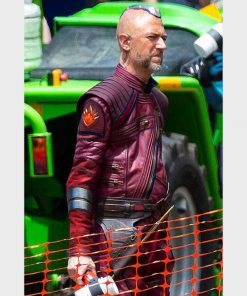 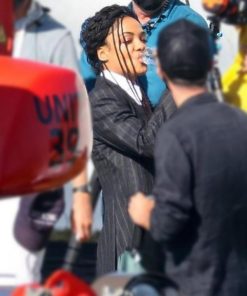 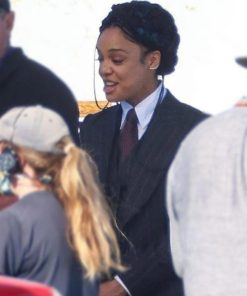 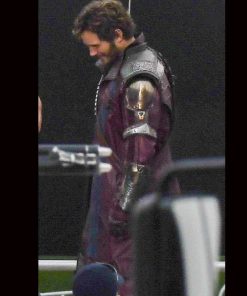 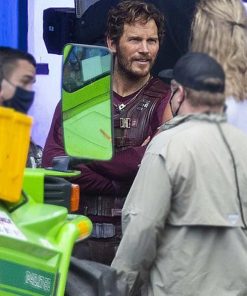 The next American action, adventure, superhero, and drama film Thor: Love and Thunder directed by Taika Waititi. The film, which is the MCU's 29th, is based on characters from the Marvel Comics Universe. The film, which stars Chris Hemsworth, Chris Pratt, Natalie Portman, Christian Bale, and other highly outstanding actors, is set for release by Marvel Studios on July 8th, 2022.

The audience is anxiously anticipating the film's debut and expects it to live up to the caliber of the prequels. The plot, the way it was done, the cast, their performances, and the outfits have all already received praise for the film. Numerous of the cast members' outfits are already popular and trending online. Fortunately, our category has Thunder and Thor Love Outfits.

The assassin known as Gorr the God Butcher, who wants to wipe off the gods, interrupts Thor's retirement. Thor enlists the aid of King Valkyrie, Korg, and his ex-girlfriend Jane Foster to defeat the menace. To Thor's surprise, Jane Foster mysteriously holds his magical hammer, Mjolnir, in the role of the Mighty Thor. Together, they set out on a perilous cosmic quest to unravel the truth behind the God Butcher's retaliation and put an end to him before it's too late.

Its time to gear up as a THOR

Our outfits will keep you captivated at our store since we bring you the newest and most accurate costumes from this eagerly awaited film. Just look through our Thor Love and Thunder Apparel at our online shop to find a world of stunning celebrity attire.

What's most exciting is that in addition to offering a vast selection of costumes, this blog will also provide you with a detailed breakdown of the attire, accessories, and styling alternatives worn by each character so you can put together an outfit you can't help but fall in love with. Numerous costumes worn by Chris Hemsworth, Chris Pratt, Natalie Portman, Tessa Thompson, and other celebrities are covered in this guide. This resource, developed by our experts, will help you get the most out of the July 8 movie premiere of Thor Love and Thunder. So let's get started straight away. This Thor Love and Thunder Costume Vest is something you shouldn't pass up if the outfit that Thor is wearing in the most recent movie teaser captured your attention. This colorful costume is a treat for Thor's admirers all around the world and is thought to be influenced by the 1980s suit created by Walter Simonson and Sal Buscema. You'll need the following to get this look. Thor Love and Thunder Vest: This vest is made of genuine leather and has studs and zippers. It has a punk rock look thanks to the intriguing red and black combination, making it a fantastic choice for both cosplay costumes and everyday wear.

Don the Jane Foster costume to transform into a superheroine

This traditional costume is made specifically for you if you love the new thunder goddess. You'll need the following in order to acquire her look: legendary Thor Love and Thunder The Jane Foster Vest has a soft inner viscose lining that gives it a shiny sheen and makes it comfortable to wear. It is made of high-quality leather. This vest is the ideal choice for cosplay because it wonderfully captures her goddess-like spirit and features an eye-catching color scheme of maroon, black, and silver.

The audience has adored and liked our category. We also have a variety of outfits worn by other characters from other films, television series, and video games. If you're going to dress up for Halloween, look through our category to get the best costume possible.

In Love and Thunder, will Thor appear?

The release of Thor: Love and Thunder brings with it the certainty that Chris Hemsworth's Thor will make another appearance in a later installment of the Marvel Cinematic Universe. What does it signify when a card with the words “Thor will return” appears at the end of the movie, after the end credits?

In the film Love and Thunder, who plays Thor?

Finally telling Jane that he is Thor, Donald Blake does so in Journey into Mystery #124. He makes the choice to take Jane to Asgard. There, she receives immortality and special abilities as well as a test of bravery to see if she could survive as an Asgardian, which she ultimately fails.

In Thor: Love and Thunder, who is the antagonist?

Who is the wife of Thor?

Sif, a goddess of the earth in Norse mythology, is mentioned frequently. Sif, who is referred to as having golden hair, is the thunder god Thor's wife in both the Poetic Edda and the Prose Edda. Thor refers to Sif in the Prose Edda as the mother of the goddess RR and of Ullr, whose father's name is not mentioned.

Who is Marvel, Thor's spouse?

Before she became a superhero in her own right, the character was first presented as the love interest of the superhero Thor Odinson. The character first appears in Journey into Mystery #84 thanks to writers Stan Lee and Larry Lieber & illustrator Jack Kirby (September 1962).

Who is the real love of Thor?

Thor's romantic interest is Jane. She is an astronomer. The majority of Thor's short films and micro-episodes featured Jane.

Does Thor prefer Sif or Jane?

In the Marvel Cinematic Universe, Thor's story arc began with him falling in love with Jane Foster, much like the character from the comics, but it has since progressed. Despite the fact that the two appeared to have a close connection, their relationship ended off-screen after a few lines in Ragnarok addressed their breakup.

The prayers of all the gods throughout time give Thor the ability to deflect the blast as he plunges into the Godbomb while wielding both his own Mjolnir and the Mjolnir of his older self. Then, using the two Mjolnirs, Thor of the present kills Gorr.

How does Thor Love and Thunder end?

When Love and Thunder come to a close, Thor and Jane Foster/The Mighty Thor has persuaded Gorr the God Butcher to pray for his daughter's rebirth rather than exterminating all the gods of the universe.

Thor Isn't Invincible; He Is Immortal

Thor revealed that he was almost 1500 years old in Avengers: Infinity War. He is aging more slowly than other immortals, therefore it is obvious that age has less of an impact on him than it does on regular mortals.