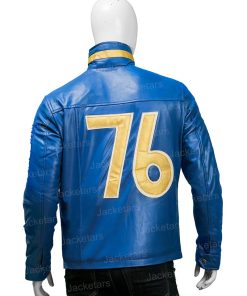 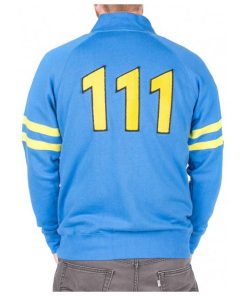 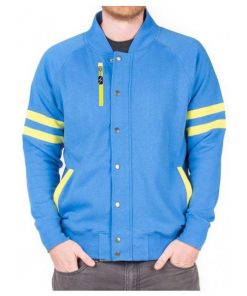 The video game industry was a research effort; it did not emerge by chance. Instead, scientists strove to create difficult games for one another so that they could assess one another's skills. This occurred in the early 1950s and 1960s; it kept them concentrated and forced their minds to work harder; initially, not much happened, and many unsuccessful attempts were made. After many failed attempts, some truly fantastic video games finally emerged; nevertheless, they were not yet designed for the general public and that evolution was still several years away. The Jacketars change began when 2D video games emerged gradually. We have a wide range of Fallout Jackets on our website.Fallout is a collection of post-apocalyptic role-playing video games that Interplay Entertainment eventually turned into action role-playing games. The atompunk retrofuturistic setting and artwork of the series, which is set in the 21st, 22nd, and 23rd centuries, are inspired by the post-war American culture of the 1950s, with its mix of optimism for the benefits of technology and the looming fear of nuclear devastation. Wasteland, a 1988 video game created by Interplay Productions, is recognized as a predecessor to the Fallout series.

Today, there is a tonne of games available, and each one has a special feature. In this article, we'll talk a little bit about Fallout Jacket, a role-playing game. Most people don't realize what this means, but it literally means that you must select a character you find appealing and start the game with them. The setting of the game is the aftermath of a post-apocalyptic event, where numerous players must cooperate to engage in ground combat and support one another in order to prevent further widespread destruction of the city. 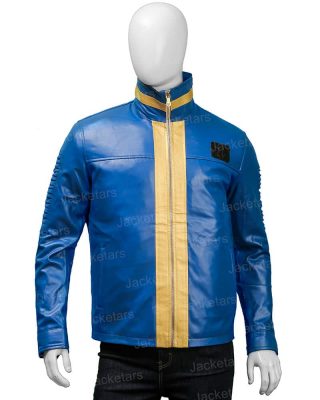 This Vault Fallout 76 Jacket is a recreation of the garment worn by Vault 76 inhabitants in Fallout 4. A company called Vault-Tec created the fallout shelter Vault 76 in the game to research the effects of expanded suspended animation at cold temperatures. In addition to the overseer and a group of scientists, Vault 76 also has a maintenance crew. Additionally, they bring in neighbors to serve as test subjects and place them in stasis. Moreover, the locals protest against the overseer when, after 180 days, he still won't open the vault's gate. The crew also dispatches Conrad Kellogg to find a baby with only human DNA later, in 2227. A Fallout 76 video game from the classic era was first launched on October 10, 1997. Considering that Interplay Productions both created and released it A Tracer character model from the retro-futuristic video game Fallout 76 was spotted rocking this incredible Fallout 76 Tracer Shearling Jacket. This outfit looks wonderful thanks to the shearling shirt-style collars and open shearling-line hem cuffs. Additionally, it is flawlessly constructed with carefully designed features of the Hemline shearling line, Long and fitted sleeves, Two side waist pockets, and two chest pockets with zippers. You would constantly search for multifunctional garments that would catch the attention of every passing person or pedestrian. One percent of people dream of wearing a gorgeous flying cloak-style coat over their shoulders because they know how to dress appropriately and are knowledgeable about appropriate fashion for every occasion. The Fallout Ulysses Leather Coati s the ideal option if you're rushing to find the detective's appearance.

Is Fallout 5 in development?

Fallout 5 has been formally announced. Given the popularity of previous games, we've long anticipated that another Fallout game would eventually appear, but it's still fascinating to learn that it's one of the planned Bethesda projects that will bring the post-apocalyptic world back in the future.

What is the story of Fallout?

Fallout, a video game that was released in October 1997, is set in a post-apocalyptic version of Southern California in the year 2161. The Vault Dweller, the main character, is entrusted with finding a water chip in the Wasteland to replace the one that broke in their underground sanctuary, Vault 13.

A Fallout 4 mod called “Fallout London” is currently being created. Just last month, the development team unveiled a gameplay trailer that showed the game's intro. Additionally, it displayed the mod's method for creating characters, a few noteworthy individuals, and even some post-apocalyptic London.

When does Fallout 4 take place?

Fallout 4 takes place in the year 2287, which is 210 years after the Great War—a conflict between the United States and China over natural resources that culminated in a nuclear holocaust in 2077—which began ten years after the events of Fallout 3 and took place throughout that time.

What transpires in The Fallout's conclusion?

The Fallout's last act shows Vada beginning to process her experience in a more healthy way. She strikes up a truce with her family, pledging to stop hiding secrets from them and letting them know how much they mean to her. Mia and she decide to remain friends.

Fallout 1: How difficult is it?

Beginning levels of Fallout 1 and 2 can be incredibly challenging if you run against stronger foes. You will adjust; believe me, I fretted about this stuff too. And as you acquire stronger weapons to combat these threats, the game will grow increasingly enjoyable for you. You can also save at any time, even during combat.

How much time is required to complete Fallout?

Fallout takes roughly 16 hours to complete when concentrating on the key goals. If you're a gamer that tries to complete every part of the game, it will probably take you about 3212 hours.

The map in Fallout 4 is how big?

When Fallout 4 was first released, many players thought it was enormous, and the in-game environment is indeed large and packed with loads to see and do. However, the game's 9,743 square mile map makes it the third-smallest in the series.

Where can I find Fallout 5?

But where is the setting for Fallout 5? There are numerous options for a potential Fallout 5 scenario given that the game's future setting features hundreds of vaults dispersed across the USA in states including West Virginia, Texas, and Colorado. Fallout 5 will probably take place in the United States, whatever it is.

At this moment, we have no plans to release Fallout: London on any platform besides PC. Some standalone products might be made available individually. The community is free to port the aforementioned standalone items to other systems.