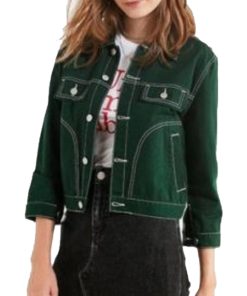 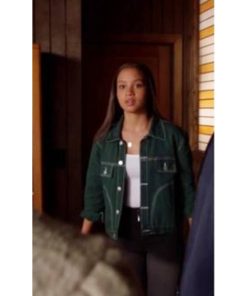 Jacketars offer a stunning assortment of outerwear that will not only enhance your appearance but also keep you warm in the coldest climates.  9-1-1 CLOTHES & WARDROBES is the most amazing thing that has ever happened to your wonderful wardrobe. It gives out all the vibes you'll need to take over the world with your stunning demeanor. So, what do you have to lose? Grab these right now to flaunt your good looks to the rest of the world.

The Fox Broadcasting Company's 9-1-1 is an American procedural television series produced by Ryan Murphy, Brad Falchuk, and Tim Minear. The show covers the lives of first responders in Los Angeles, including cops, paramedics, firefighters, and dispatch

Angela Bassett, Peter Krause, Oliver Stark, Aisha Hinds, Kenneth Choi, Rockmond Dunbar, Connie Britton, Jennifer Love Hewitt, Ryan Guzman, Corinne Massiah, and Marcanthonee are among the cast members of the series. Jon Reis, Gavin McHugh, and John Harlan Kim are three actors who play Jon Reis, Gavin McHugh, and John Harlan Kim. The first episode of the series aired on January 3, 2018. DreamWorks, Brad Falchuk Teley-Vision, and Ryan Murphy Television collaborated on 9-1-1 in partnership with 20th Television. The sitcom was renewed by Fox for a third season in March 2019, which premiered on September 23, 2019. Fox renewed the series for a fourth season in April 2020, which premiered on January 18, 2021. The series was renewed for a fifth season in May 2021, and it began on September 20, 2021.

The film examines the high-stress experiences of police officers, paramedics, and firefighters who are called to the most terrifying, surprising, and heart-stopping situations. They must strike a balance between saving people and resolving personal issues.

If you are a corporate lady or an employee, you must seem appealing and beautiful. Simply put on this interesting 9-1-1 S05 Taylor Kelly Blazer and you're ready to go. Taylor Kelly is dressed in a green blazer. As you can see, the outfit is based on the main character in the fifth season of the American procedural television series 9-1-1, Taylor Kelly. The character of Taylor Kelly was played by Megan West.

Jennifer Love Hewitt, who portrays, helped her followers revamp their wardrobes for the season by wearing back-to-back dapper style outfits. The 9-1-1 S05 Maddie Kendall Coat is the most remarkable piece of clothing that may be worn with any type of simple indoor apparel. It's a gigantic top layer for formal situations and elevates your personality to new heights. The most outstanding clothing is distinguished by its extraordinary characteristics and charm.

A jacket wearer will always be a jacket wearer! Don't just wear these Leather Jackets For Women; use them to show off your attitude, confidence, uniqueness, and worth! Bring a revolution to your wardrobe and surprise yourself. These outerwear pieces are also rather enticing.

With “9-1-1,” Ryan Murphy, Brad Falchuk, and Tim Minear reimagine the procedural drama. The series delves into the high-stress lives of first responders, such as cops, firefighters, and dispatchers, who are often pushed into the most terrifying, surprising, and heart-stopping scenarios.

Is Jennifer Love Hewitt no longer with 9-1-1?

Hewitt had to quit Fox's 9-1-1 after three years on the program to take maternity leave in October, causing her character, Maddie Buckley, to leave abruptly. However, the 43-year-old actress said in a recent interview that she is back and ready to offer fans the answers they've been waiting for.

Even though Netflix has managed to keep some of Ryan Murphy's other huge shows on the air, 9-1-1 has tragically never been one of them. American Horror Story, Glee, American Crime Story, and Pose, for example, are still available on Netflix.

Lisa Edelstein will leave 9-1-1: Lone Star in the next episode, marking her final appearance on the Fox procedural program.

On Tuesday, February 23rd, Disney announced that early seasons of the smash-hit FOX sitcom “9-11” will be available on Disney+ in the United Kingdom, Australia, Ireland, New Zealand, and Canada.

Maddie delivered her and Chimney's kid at the fire station, accompanied by a video explaining why she had to leave because of postpartum depression. Kenneth Choi's Chimney then sets out to find Maddie and return her home. Maddie and Chimney are back in Season 5 of 9-1-1, according to new teasers.

a new 9-1-1 recruit With the 118, Arielle Kebbel gives us a sneak peek at Lucy's future (and Buck) “She's a firecracker,” the Vampire Diaries star says of the Fox drama's newest firefighter, who made her debut with a Speed-style action scene — and a fiery kiss.