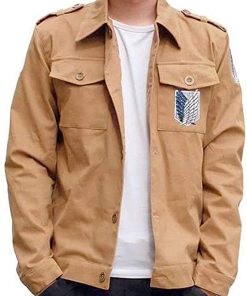 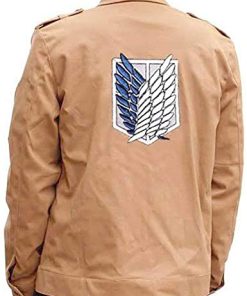 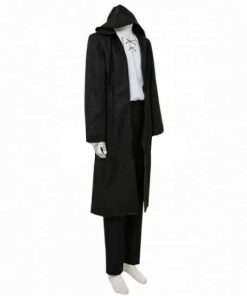 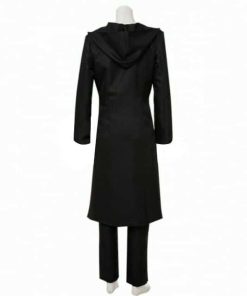 Numerous new fashion trends are being launched from this presentation, capturing the interest of fashion fans. Many young people are growing to love  Attack On Titan Merchandise since they are the epitome of retro-modernism. On our website, you can shop from all of those varieties. These Attack On Titan Outfits include a variety of leather coats, vests, and jackets. Additional sub-collections of each array mimic various styles of elegance.Storyline

Titans are enormous animals that have all but wiped out humanity. Titans are often many stories tall, lack brains, and consume people. Worse yet, they appear to do so for enjoyment rather than as a means of subsisting. A small portion of mankind managed to survive by walling themselves off in a region that was guarded by walls that were even higher than the tallest of giants. The last time a giant appeared on Earth was more than a century ago. One day, a gigantic giant that materializes out of thin air decimates the city walls, and 10-year-old Eren and his foster sister Mikasa witness this horrifying event.

What we are offering

Winter clothing is available at  Attack On Titan Outfit  Shop in a variety of materials, including wool mix, cotton, fur, parachute, and leather. Each piece that draws inspiration from this series is specifically designed to enhance your beauty. These clothes serve as more than simply a covering; they are a way to highlight your charm. Aot Blanket Cape is ideal for Halloween and cosplay. This AOT Blanket cape's outside is made of a luxurious and high-grade fleece fabric. The cape is durable to wear thanks to the high-quality stitching. This chic attack on titan scouting legion blanket cape has a silky, plush viscose lining connected on the inside that keeps you warm and cozy the entire time. It's time to establish a monopoly in fashion, so flaunt your marvelously trendy appearance and alluring stance while wearing the suggested Attack on Titan Eren Jaeger Green Coat. The clothing on display is a copy of the green trench coat that Eren Jaeger wore in the Attack on Titan 2022 animated action and adventure television series. The voice of the fictional character Eren Jaeger was depicted by renowned Japanese artist Yûki Kaji for the Attack on Titan manga series.

Why ought you to purchase any of these?

The cause is quite straightforward. Why not choose one of these fashionable outfits as you are already considering purchasing a new outfit? How will it act? It will accomplish two objectives at once. The first objective is to place an order for a new wardrobe, and the second is to adopt the fashion of your favorite drama show characters.

Make these clothes yours by acquiring them at a reduced cost and of the highest caliber!

Is AOT finished in its entirety?

In December 2020, the fourth and final season's first 16 episodes were released. 12 episodes made up the second part, which ran from January to April 2022. The third and final installment will debut in 2023. Attack on Titan has achieved both critical and financial success.

What do AOT followers go by?

The coalition created in Chapter 126 was a hit among fandom, and they mockingly dubbed them “The Avengers” or “the cringevengers.” They go by the more unbiased name of “The Alliance.”

Is Attack on Titan's fourth season its final season?

In fact, the show's final episode of Season 4, Part 2 made it official that it would end permanently in 2023 and that it would keep using a serial structure.

What is Levi Ackerman's age?

One of the most watched anime series of all time, Attack on Titan has received high praise from critics. The Attack on Titan anime, which debuted in 2013 and appears set to conclude in 2023, is based on the manga by Hajime Isayama.

Is the Titan cart reliable?

Its ability to sustain its Titan shape for extended periods of time made it the perfect choice for a number of strategies, such as trench clearing and long-term operations into hostile territory.

Eren does he turn evil?

Eren became an anti-hero and plummeted into the dark side. He evolved into the major antagonist by the manga's conclusion. After he unleashed the Rumbling and killed the majority of the world's people, his companions had to defeat him.

Who is their husband of Mikasa?

Mikasa wed Jean and has children. The titans are still present despite Paradis being destroyed. Although we have yet to see how it is specifically implemented on the paper, the leaks are making AoT 139 sound much worse than it already was.

Who is their boyfriend of Mikasa?

The relationship between Eren and Mikasa is portrayed in the program as flirty, and it is repeatedly implied that Mikasa is committed to Eren in ways other than just being his sibling. Eren is frequently referred to as Mikasa's lover by other characters, which causes her to blush even when she objects.