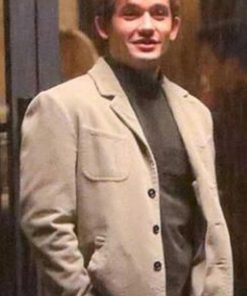 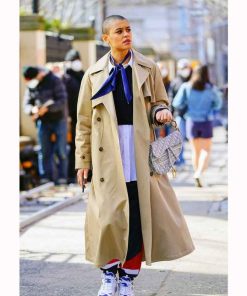 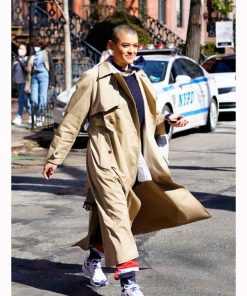 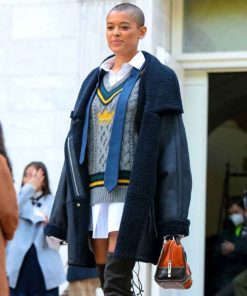 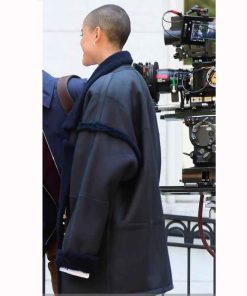 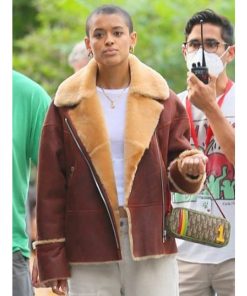 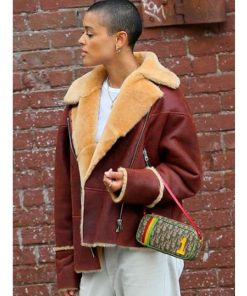 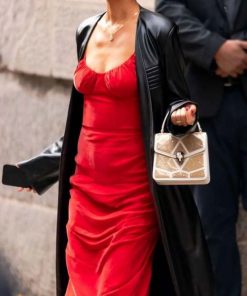 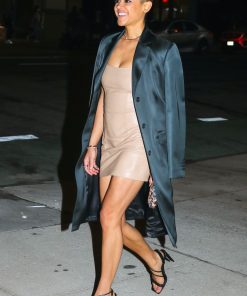 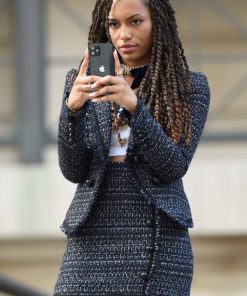 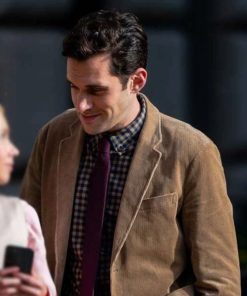 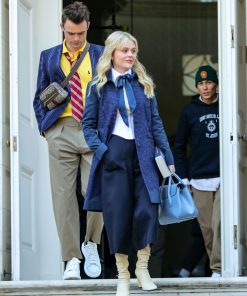 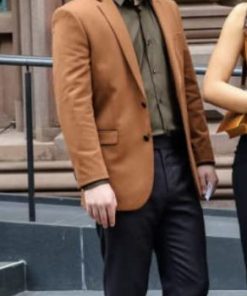 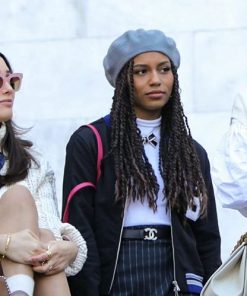 In the world of online shopping, one who says that money can't buy happiness never got the experience to shop at the right place. But not to worry, since you are reading this, it means that you have finally reached the right spot to shop. So, please don't hang up and stay connected until we unwrap the intriguing Gossip Girl Merchandise.

Gossip Girl 2.0 returning with the same jolt of entertainment 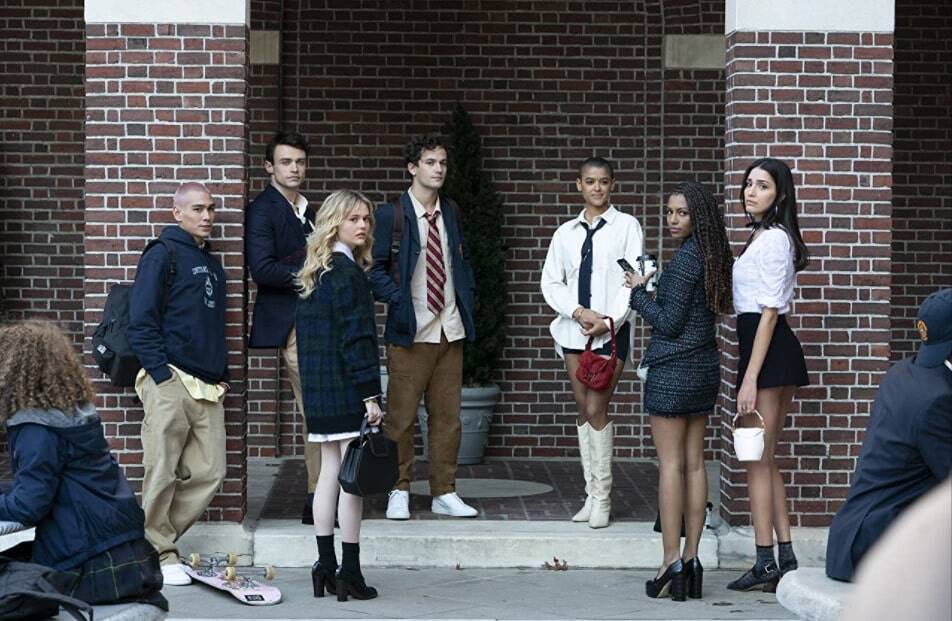 I think it's time to get ready as the Gossip Girl is finally coming to hit the screens in the coming week. A spin-off of the 2000 version will launch on HBO max with 10 hours of long episodes.

As soon as our little birds told us that Gossip Girl would return for the Reboot, our obsession started pumping excitement into our fan soul. We are eagerly waiting to unfold the aspect to determine who the Constance Billard class of 2021 will be? And most importantly, what will they be wearing? Well, in order to find the answers to those questions, we have to wait until its release. The series is releasing on July 8 on HBO max and features the return of Kristen Bell as the narrator.

What is the basic plot of the series? Gossip Girl 2021

Warner Bros released that it will be a revival of its previous version, and the director urges it to be a continuation. The show's whole plot is still yet to be disclosed but from the official summaries. It states that

“Eight years after the original website went dark, a new generation of New York private school teens are introduced to the social surveillance of Gossip Girl. The prestige series will address just how much social media—and the landscape of New York itself—has changed in the intervening years.“

In our sense, we can say that the show will give a new look at how social media, after 12 years, has changed the world. It will depict the idea of how the Society of New York is constantly evolving with time.

The series features Star roles too?

We know as much it is excited to watch the cast in the role, the fashion also plays a starring role too. After seeing the images from the glimpse of these characters, we are expecting the show would be hell interesting than its first season. The first season came as a fashion inspiration and introduced the flow of glamour in their audience. And no doubt, the story also played a vital role in this, because you cannot like the part of the star until you adore the basic plot of the season!

The show has its date on July 8

After the delay due to Covid, the Gossip Girl has finally arrived at the date to gaze at the space of screens. The show is set to release on July 8, 2021, and HBO max has launched its first trailer. And we can hope that you have watched the trailer already, what? You didn't! Well, in that case, we strongly recommend leaving all your schedules and go straight away to witness the stunning cast here, Gossip Girl Trailer.

Who's in the cast? 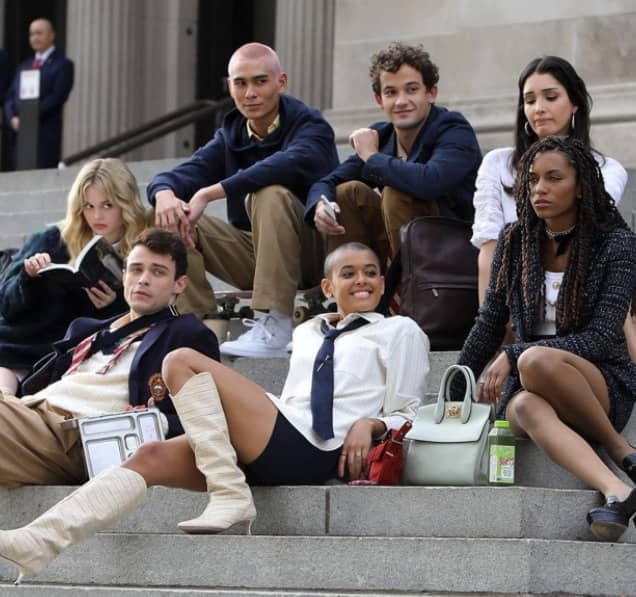 While we wait to see the new Reboot (on July 8), many paparazzi photographs have been filmed around Manhattan since November —the new Gossip Girl stars Jordan Alexander, Savannah Smith, Zion Moreno, Emily Alyn Lind, and Whitney Peak.

Let's put a new shade of light on the life of this show's characters.

Jordan Alexander portrayed the role of Julien Calloway, who is a Canadian actress and a teen influencer.

Evan Mock, a model, plays Akeno “Aki” Menzies in his debut acting role. We've previously seen him on-site on a skateboard. He is dating Audrey for eternities.

Monet de Haan is played by Savannah Smith. Smith, a student at NYU's Tisch School of the Arts, has landed her first acting job on Gossip Girl.

Audrey Hope, whose mother is an athleisure designer, is played by actress and singer Emily Alyn Lind. She's best friends with Julien and has been in a long-term relationship with Aki.

Whitney Peak portrays Zoya Lott, the group's Dan Humphrey, who acts as a “likable tourist guide” through the glitzy world of the Upper East Side.

Zión Moreno portrays Luna La. Moreno, who had a role on TNT's Claws, began her career at the age when she was 19 years old until moving on to performing.

Tavi Gevinson portrays Kate Keller, who is a mysterious character.

There are many more in the cast involved, but we consider them a surprise for you when you watch. Meanwhile, time will say what sort of class warfare and teenage anxiety Gossip Girl 2.0 will have. But we can start choosing some outfits from Gossip Girl Merchandise in our Gossip Girl shop.

Let us highlight some of the glamorous outfits of the cast!

Made from high-quality cotton fabric, the coat has something interesting to say when you seize it for your closet. The peak Lapel style collar always depicts the neat look on one's personality when combined with a formal shirt and or suit. This coat is an exact imitation of Eli Brown, who portrayed the role of Otto. You can easily purchase it from Our Gossip Girl Merchandise shop on this page.

When there is a will, there is a way. So, keeping this quote in mind, we believe you can have anything you seek when your intentions are true. This Coat in our Gossip Girl Merchandise is an exact style replica of Jordan Alexander from the show. It has made of genuine leather material with an internal lining of shearling. The outfit is unique in its ways, and we know you can't resist ignoring it as a fashion Darling.

Sometimes, you try to follow some casual code of conduct, especially if you have a job to do! So, in this case, we recommend having a sight at this Adam Chanler Berat Blazer to try something different. The Blazer has made of high-quality Corduroy fabric with an internal viscose lining. Brown color, however, cannot be as versatile as black. But it is surely a staple of classic nature in its appearance. So, don't forget to have a look!

Our craftsmen made this coat with high-quality suiting fabric of premium appearance. The coat is ideal for your daily gathering, or pick this Gossip Girl Julien coat as your everyday partner. Enjoy the looks and feel you can get with its lapel-style collar. Further, this coat has an internal viscose lining to hold you snug from inside. It has a front zipper closure, seamless cuff design, and waist flap pocket to store your belongings.

The material is lightweight and can keep you in the hands of comfort. Further, this Gossip Girl 2021 Hope Blue Coat has an internal viscose lining to hold you snug from inside. Enjoy the look you can have with its lapel-style collar, and chose the style to close with its front button closure. The blue color is already a pick of those who prefer the colors of life.

The coat came as a different approach towards elegance. The coat has made of Genuine Leather material of high-quality fabric. Further, this Gossip Girl 2021 Black Coat has an internal viscose lining to hold you snug from inside! The ribbed collar design, open front closure, and versatile black color are a go-to choice for the fashion vista!

Can we see the Evergreen Original Cast in action in this upcoming Reboot?

The questions are there, and we know to know how to dig answers for them. There is no doubt that CW provides the opportunity to the star of the Original series to reach the success of their acting career. But new trailer and tweets show that the series will not involve any lead from the Original Cast. 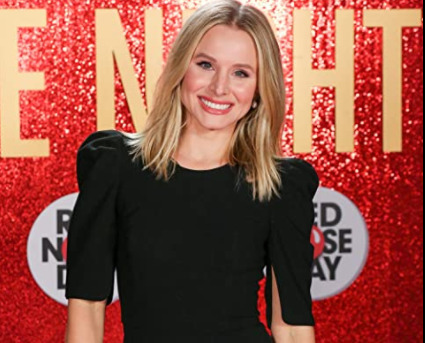 Does the Reboot have the routes of HBO's ways?

On June 22, Joshua Safran, in his article, states that he wants to show the diverse nature of today's society, and that too done in HBO's Way. So, the question may arise what the benchmark for HBO's way is? For Reference, we can consider the Emmy award-winning show Succession. According to Joshua, they have enough budget to meet the level of Succession. But time will tell us if the show assembles the class or not!

So, clear your calendar as the date is approaching near, and you may have picked a favorite one until now!