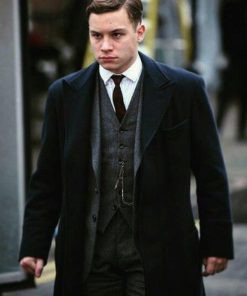 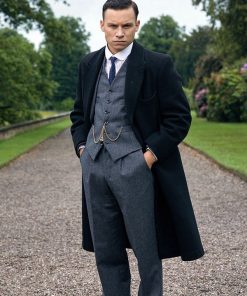 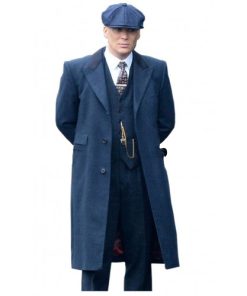 Contemporary outfit selections are rarely influenced by British historical dramas. Can you imagine how a character from Downton Abbey or Poldark might dress? The Crown, a Netflix hit, features some elegant and motivating pieces, but they're still highly formal and more suited for top hat tosses.

However, in recent years, one show has had a significant impact on men's fashion. Peaky Blinders and its renowned characters, the Shelby Brothers, have affected modern fashion in a variety of ways as it enters its eighth year since its premiere in September 2013.

Before we get into the peaky blinders outfit ideas, let's take a look at the show's history.

The fifth series debuted on BBC One on August 25, 2019, and concluded on September 22, 2019. However, Netflix obtained the rights to broadcast the show in the United States and around the world as part of an agreement between Weinstein Company and Endemol.

Birmingham's most famous gang is famous not only for its imposing leader Thomas Shelby. In addition, the bold manner in which they govern their area of the world, or their classically excellent looks. But also for their ageless style and outfit choices, which inspire both dread and admiration.

The popularity of the show in the present television period has resulted in a resurgence of 1920s-style clothes and fashion choices such as boots, flat caps, and high, tight haircuts.

Here's Jacketars introduces fast Peaky Blinders clothing style to help you get Tommy Shelby, Arthur Shelby, and the rest of the gang's appealing and timeless appearance in a current approach.

Long outer coats are one of the most important parts of creating a unique look. How many times have you seen Thomas Shelby put on his long lapel coat, which is both attractive and heavy enough to endure the bitter air of Birmingham in the cold season?

Longer coats have been employed on purpose by the series' writers to convey the sensation of gunslingers headed for a duel in the hot noon sun. Their coats flap dramatically in the wind behind them.

To mimic the Shelby Brothers' style, you'll need to make sure you acquire the correct fit and texture. Also, a good overcoat can be costly, it is a wise purchase that will endure for years. The Thomas Shelby Peaky Blinders Long Coat is a production of a high-quality dark mixed fabric with easy-fastening buttons. Also, other inspiring touches from the popular show give you the exact look and feel you see on TV. We have a full range of Men Coat on our website Because Peaky is the most charming lady in her gang, embrace the style of your stunning look and elegant demeanor with the supplied Peaky Blinders S06 Ada Shelby Blazer. The Ada Shelby Blazer is consist of a high-quality suiting cloth.

Our Peaky Blinders Cast Costumes will include several of the show's iconic ensembles. And the best part is that we provide them to you at a very low price that you won't find anywhere else on the internet. Furthermore, our artisans have ensured that you receive costumes that are full of character grandeur to add to your wardrobe.

Is Season 6 of Peaky Blinders the final season?

Peaky Blinders creator Steven Knight stated in January,  that season 6 will be the final season.

Are our Peaky Blinders based on true events?

Peaky Blinders is a popular television show. It has based on a real-life gang of the same name that operated in the Midlands in the late 1800s.

How do I watch Season 6 of Peaky Blinders?

In real life, what happened to the Peaky Blinders?

The  Peaky Blinders withdrew to the countryside in the 1920s. Essentially disappearing from view as the Sabinos, a rival gang, claimed all of Birmingham's territory.

Are our Peaky Blinders worth watching?

It's one of the best shows to watch if you appreciate crime, drama, and action.  However, The series' cast is also excellent. Cillian Murphy's Thomas Shelby is one of the most interesting characters to watch. As a result, it will be a fantastic spectacle to watch and will not disappoint you.

Who manufactures the peaky blinders' clothes?

The suits in the Peaky Blinders show have been designed and tailored by A. Keith Watson.

What is the name of the peaky blinders haircut?