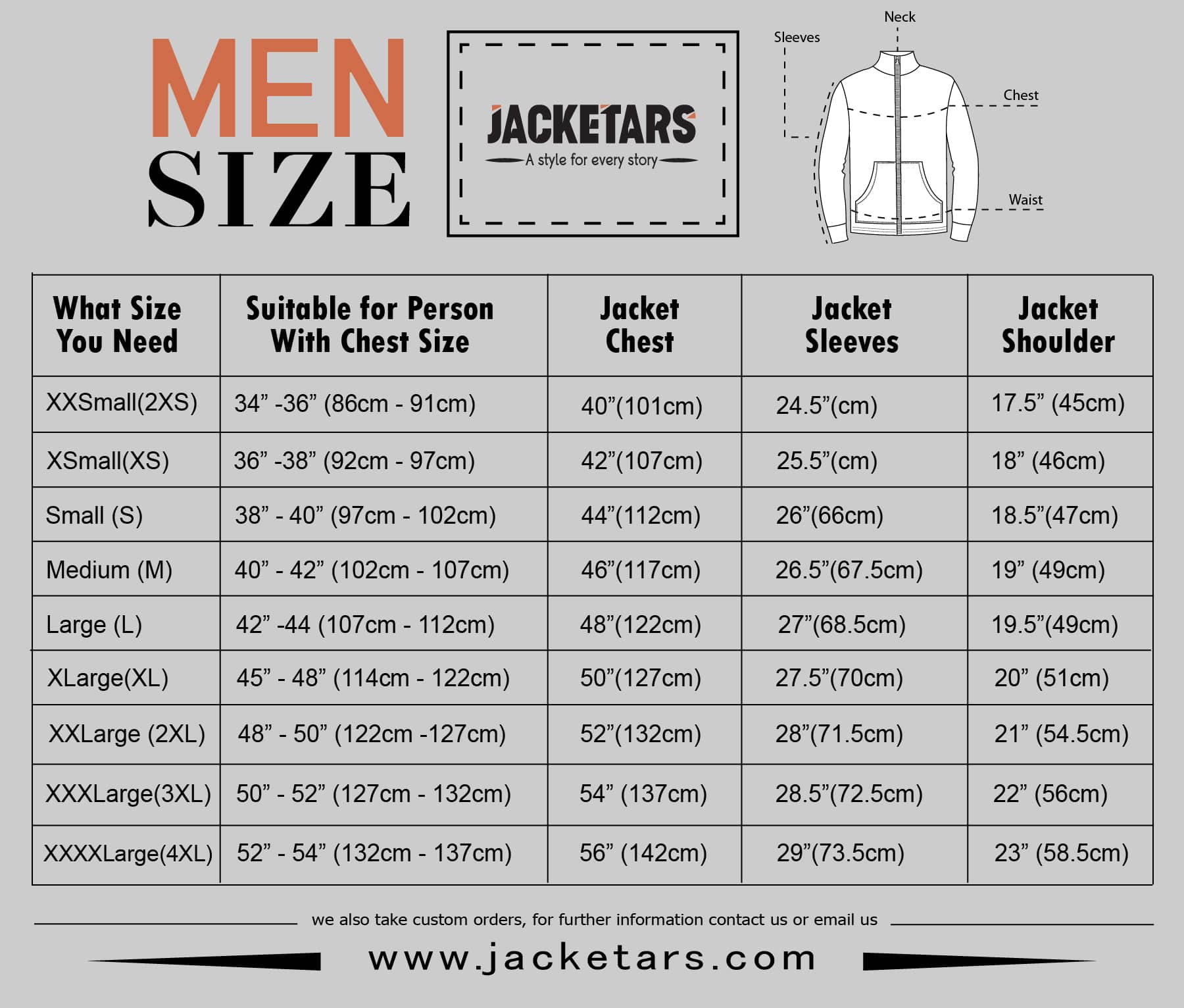 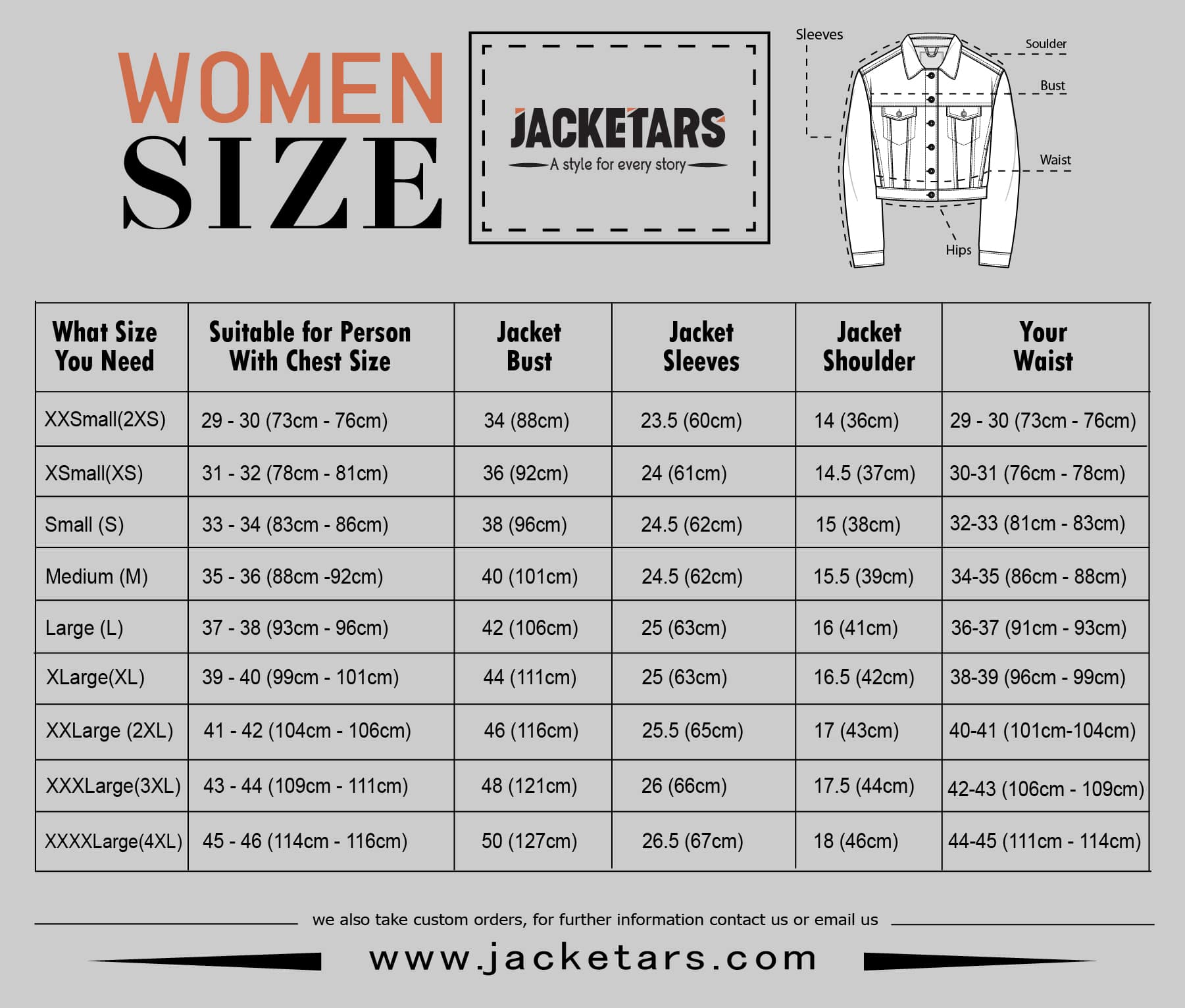 Jacketars introduces Cyberpunk 2077 Jacket, giving you a heroic feel, and transforming you into your favorite character. We aim to bring your dream to reality! Our generation knows no limits. They do not have the concept of finding anything impossible. They know how to dream and turn it into reality. Obviously, All of us wish and feel the urge to walk, talk, and dress up as our favorite fantasy characters. It makes us feel more connected to them just like this latest release: Call Of Duty Bomber Jacket

Our Cyberpunk 2077 Samurai Gaming Leather Jacket enables you to follow your fandom, and look absolutely eye-catching, along with the utmost priority – comfort and quality. However, no need to compromise your ease to dress up fancy. Furthermore, made out of 100% leather, with an inner of premium soft lining – comfort is all yours! It has a stand-up style collar and a front zipper closure to give you the exact vibe of Samurai in Cyberpunk and the macho feel. The Samurai Cyberpunk 2077 Jacket has two internal and four outside pockets also are there to assist you with your get up along with feasibility. We make sure to provide you with the ultimate luxury and convenience.

The stand-out appeal to this jacket is the spikes on its sleeves and the neon light on its collar. Moreover, with the game’s print on its back, and logo prints on the sleeve and front – this Cyberpunk 2077 Jacket will make you feel like you are in the game! The incredible gameplay and mechanics in Cyberpunk 2077 along with amazing combat allow gamers to cultivate a wealth of skills and polish their abilities. So, Equipped and dressed with an accurate black-coloured Cyberpunk 2077 Samurai Jacket you are ready to wreak havoc! It is also an extremely delightful gift option for your Cyberpunk-fan friend. Our best price and service is exactly what you need.

Are you wondering about the response over this game?

Cyberpunk 2077 is considered to be a super hit among gamers. With an immersing storyline and a huge range of characters with their customizing options, this game has won hearts! It has an indulging crime plan, a city of the future, and relatable issues highlighted. With its graphics and gameplay, all in all, this game was a success!

Want to know if it is in first person or third person narration?

We are in a time so powerful.

And fantasy comes to life.

Let’s show you the most loved characters of this game.

Jackie’s death is a heartbreak, even though they prepared us through their trailer last year.

Johnny is a real devil, but he is also hard not to love! He gets with V on his terms, unaware of V’s influences on him. With many evil traits and dark background, we still can’t help but love him!

Along with his name, he is the coolest and a total sweetheart character of the game. Having a doctor code and an aim to help, he has to accept that – that is not always possible.

Judy is one of the most tragic characters outside of V. Good with Evelyn until the heist goes wrong. Her best friend disappears, is found, then dies, and she is also deprived of proper revenge. She can at least find solace in V and opens up as a character and even more if she is chosen as a romantic partner.

He is again one character that starts with a rough tone regarding V, but we see him letting his walls down eventually. And not to mention, he is really the one true samurai!

Panam does not take orders from anyone! Her relation with V starts in a hostile manner but eventually, she’ll start to trust him/her. Getting through all of her side quests, we get the best ending in the game or at least the happiest. She is worth sticking close to, and we might even see her in an essential role in the sequel.

This game would have been incomplete without a sassy robot. His story is a bit typical, though; he begins with being completely unaware of human feelings. But eventually, his side missions add up a bit of spice and humor to this character.

Among all the characters in the game, Wakako shows up a lot as a bit player. She is both wise and sweet, but also, she is not to be messed with. Best of all, she runs things behind a Pachinko parlor, which is a perfect ruse for her real work.

How V turns out ultimately depends upon the player. Sweet or vindictive, V can be both. It does feel a little like a cheat, though, since it is based on player choice, but thankfully, V is given a voice adding more literal character to him/her. It’s a disappointment, though, that the players don’t get to see them that much since it is first-person only. 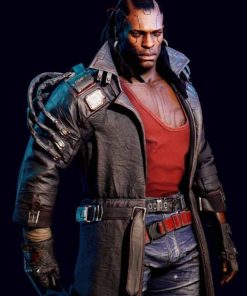 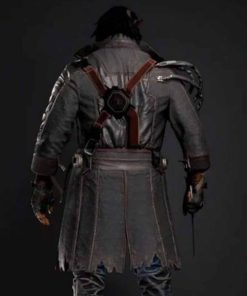 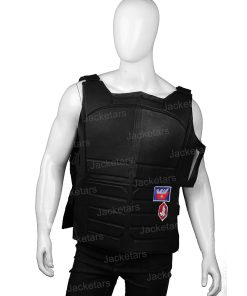 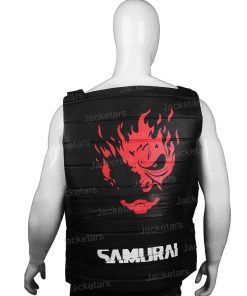 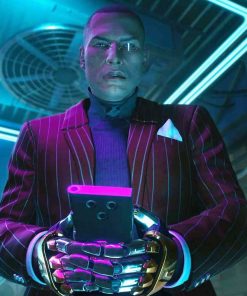 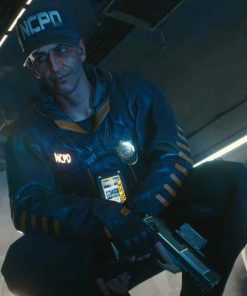 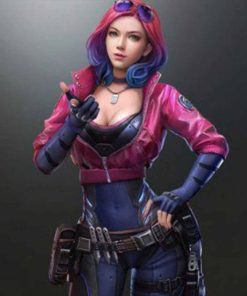